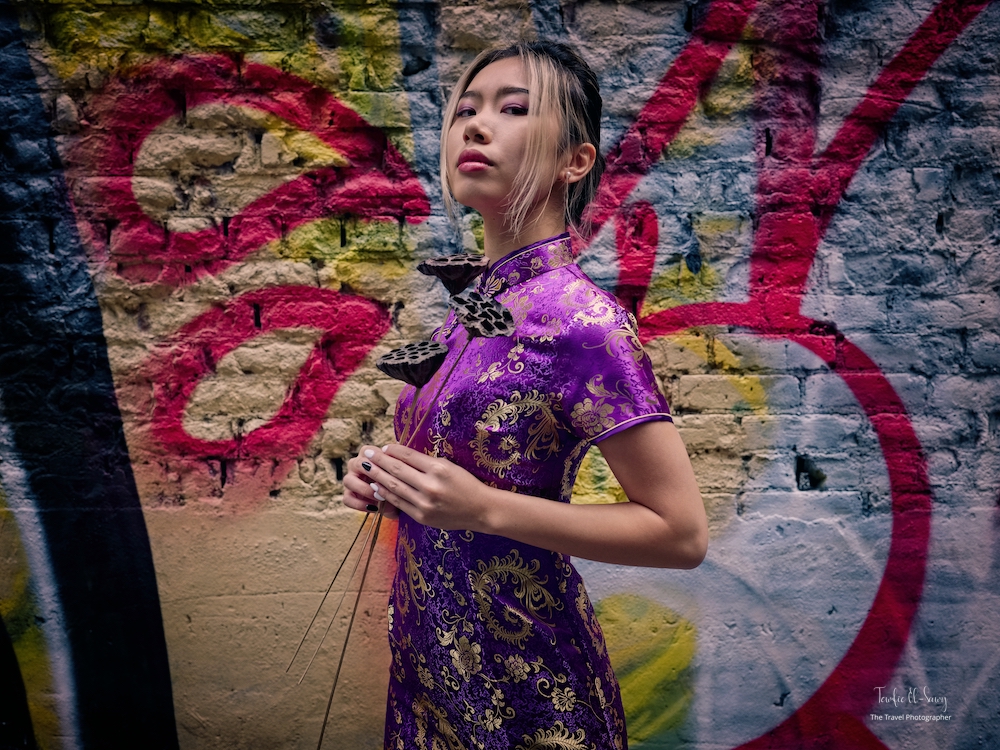 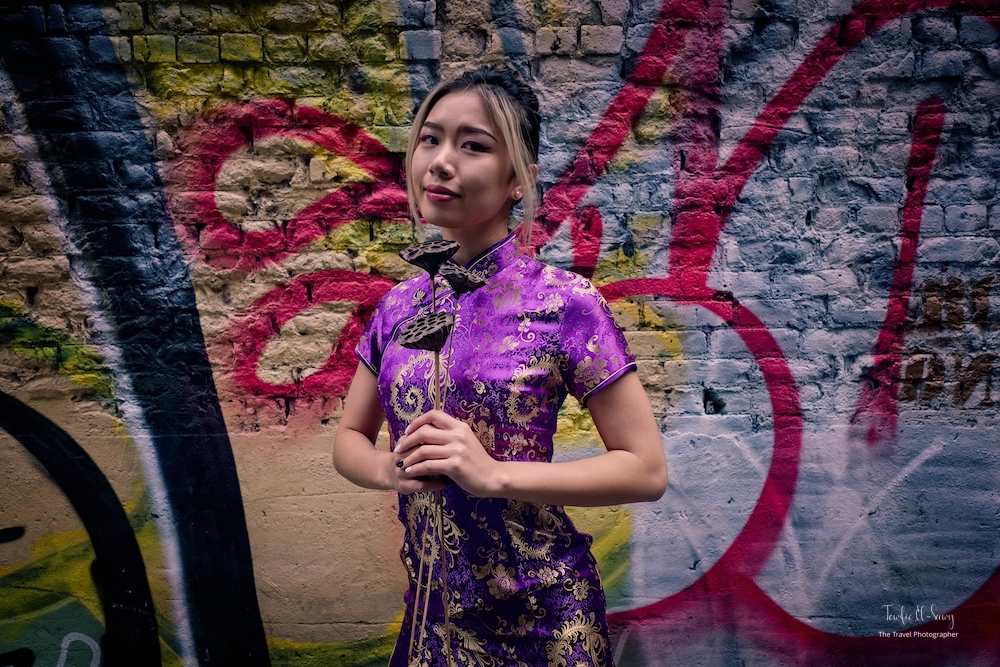 After a long consideration, I just acquired the Fujifilm X-Pro3 (and the Fujinon 16mm 2.8 lens) to sort of replace my beloved X-Pro 2...not really to replace, but as a supplement as the latter seems not yet ready to give up the ghost. I've used it almost daily since mid 2016 when it replaced the X-Pro1...so I was concerned it would give up on me suddenly (anyway, that's the official rationale behind the purchase).
I was very lucky to have had scheduled another photo session with MT in SoHo, where I would photograph her in a brand new purple qi pao (or cheongsam) in various photogenic spots in that area. The concept was to merge these photographs with some of hers made last week in Chinatown. The idea is to have an "East Meets West" slideshow of these photographs; MT in a ultra modern contemporary dance outfit in Chinatown, and contrast it with her in the ultra traditional quintessential Mandarin dress in graffiti-heavy SoHo.
As for the GFX50S...it's trusted tool which serves me well since I bought it when in Tokyo. It's a little too heavy to wear it hanging from the neck, so I use a wrist strap...and its grip helps very nicely that way.
The X-Pro3 and 16mm combo worked well and delivered what I was looking for...a different viewpoint/angle from the GFX50S/45mm. It's a very nimble camera, and I used its maximum 11 fps to capture MT's expression just to compare it to its predecessor 8 fps. I also inaugurated its Classic Neg film simulation which is interesting, and I will test the other simulations on other occasions. The need to flip out the back screen to check the images and to show them to MT didn't bother me as much as I expected...the high-resolution tilting touchscreen display is excellent; smaller of course than the GFX50's, but really stunning.
The top photograph was made with the GFX50S/45mm while the lower was with the X-Pro3/16mm. I imported/converted the RAWs produced by the cameras, then used ON1 software and my own LUT preset on both.
at October 30, 2021 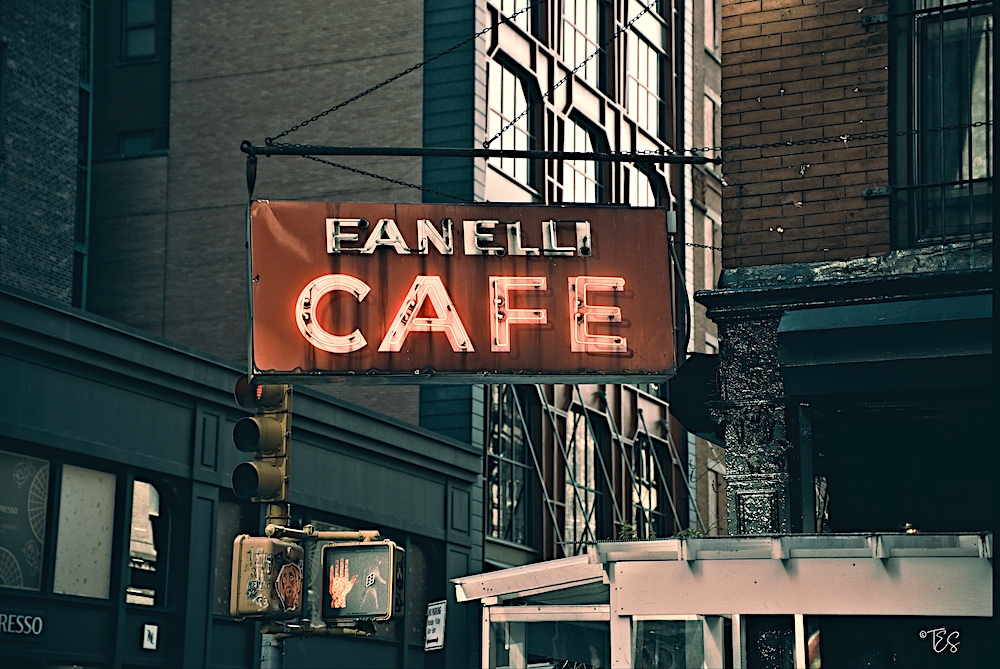