POV: The So 'God' Made A Farmer Advert 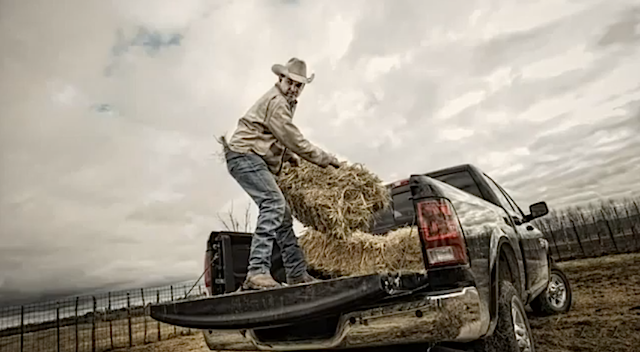 I have no interest whatsoever in American football, so I didn't watch the 2013 Super Bowl last Sunday...however I noticed how the media and blogosphere subsequently erupted with praise for an advertisement for the Chrysler Ram truck, which I guess appeared at halftime.

I must say that it's praise well received from an aesthetic standpoint, since it used gorgeous still photography to fashion a sort of hybrid audio slideshow.

I found, as did many others, that the photographers (Andy Anderson, William Allard, Jim Arndt, Daniel Beltra, Mark Gooch, Andy Mahr, Kurt Markus, David Spielman, Matt Turley and Olaf Veltman ) did a wonderful job, despite the seemingly tight schedule to produce it. The only name I recognize in this group is William Allard, and I thought I could recognize his thumbprint on some of the stills before realizing who the photographers were.

Did God make only white farmers?


That said, it honestly didn't dawn on me (until Paul Rigas -a photographer and a Facebook friend- commented about it) that the ad barely showed non white farmers. According to this The Atlantic article, the Department of Labor's National Agriculture Worker Survey has found that over the last decade, around 70 percent of farmworkers in America were born in Mexico, and yet very few Hispanic workers are featured in the ad.

I suppose that it's a question of target audience and demographics...and it's possible that hard working Hispanics do not buy Ram trucks. I just don't know...or they don't attend or watch Super Bowls.

I did like the narrator's magnificent voice, and was told that it belonged to the late Paul Harvey, who was a radio broadcaster with CBS.  I didn't have a clue as to who he was...thinking the narrator was a contemporary actor or something similar. My quick search revealed that he was an ardent conservative, and his political views would have certainly annoyed me to no end...but he still has a great voice, and his speech was well crafted...rustic verbal imagery compounding the well chosen visual imagery.

But whether God made anything...well, I leave this to your judgement.

But back to our potatoes...this is an incredibly well done ad from an aesthetic standpoint, and possibly the first one I see that involves such a technique...stills made into a movie/video...rather than just videography .