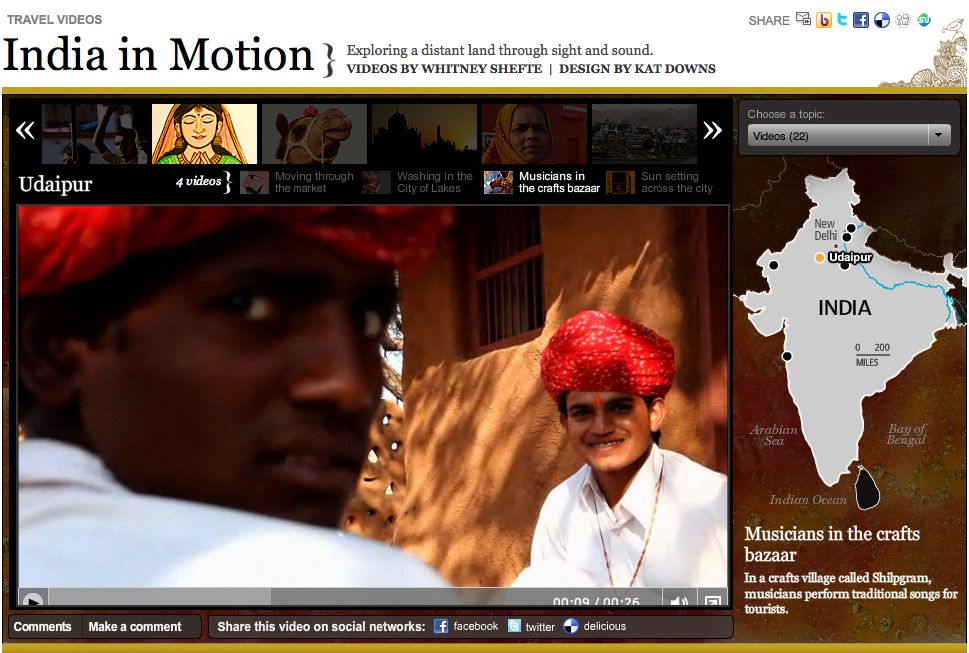 The Travel section of the Washington Post has featured a collection of short videos titled India In Motion. The videos are somewhat eclectic, and start with fast paced clips of Mumbai, then Udaipur, Jaislamer, Agra, Haridwar and Rishikesh.

The videos are by Whitney Shefte, while the design is by Kat Downs. It's unfortunate that some of the music choices chosen to accompany the videos are incongruous. For instance, I'm still scratching my head over the logic of having music which sounds it's played by a Central European zither group with a video clip featuring camels in Jaisalmer!

I realize that the Washington Post is not the National Geographic, but India In Motion is superficially researched, and seems to meander with no clear objective and purpose. It puzzles me when a project such as India In Motion, with the considerable backing and funding of one of the premier newspapers in the world, ends up being an incoherent mess like it is.
at April 22, 2010