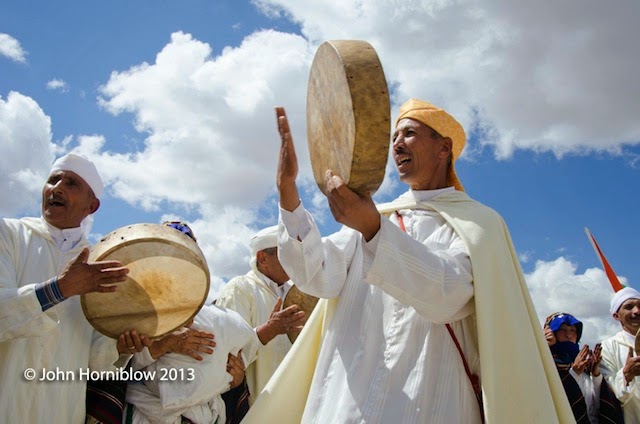 The Imilchil moussem (festival) is held in Morocco's High Atlas, and is all about livestock and finding a partner. It's also known as Souk Aamor Agdoud N’Oulmghenni, which is a tongue-twister for most of non Berber speakers. It represents the annual meeting of the large and important tribal Berber families of Aït Haddidou, Aït Morghad, Aït Izdeg and Aït Yahia. 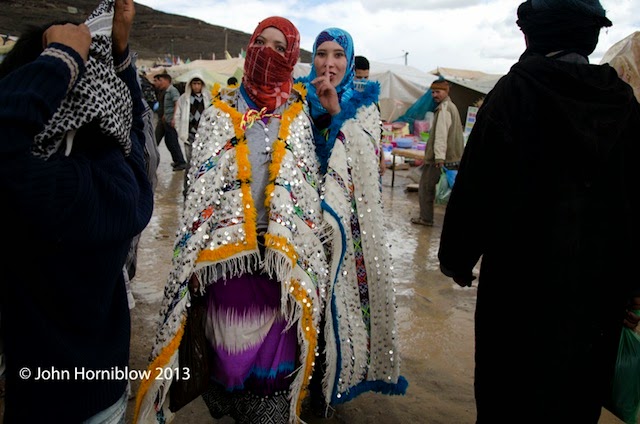 There are two versions of stories explaining the birth of the festival. The Berber version tells the legend of two young people from different feuding tribes who fell in love but akin to Romeo and Juliet, they were forbidden to see each other by their families. The grief of unrequited love led them to their deaths. The legend tells that they cried themselves to death, creating the neighboring deep alpine lakes of Isli (his) and Tislit (hers), near Imilchil. 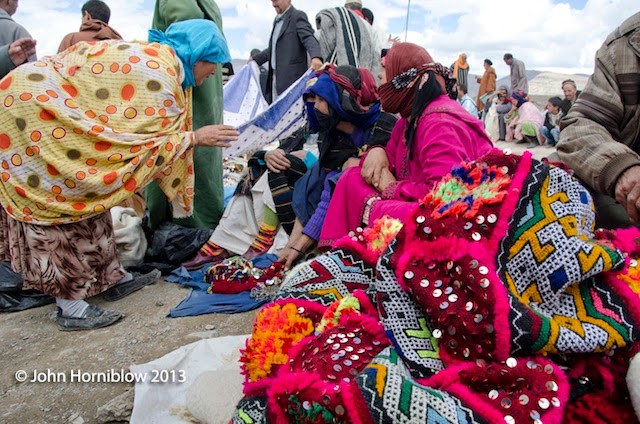 Another version is that the lovers drowned themselves in the separate lakes. The Imilchil Marriage Festival was founded as a commemoration of the lovers' death, and provides the opportunity to unmarried Berbers, particularly women trapped at altitude for most of the year, to look over and mingle with prospective spouses. They sing, dance and flirt, and available men must wear white turbans and their female opposites wear the family silver. 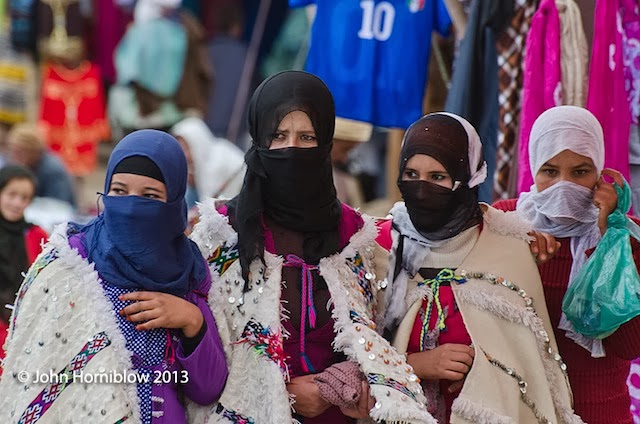 Another version, but much less romantic explanation, is that Morocco's French past colonial administrators assembled the transitory Berbers to register their births, deaths and marriages.

John Horniblow tells us "small groups of young Berber women dressed in traditional finery and roughly, woven woollen robes distinctive to each family tribe, some with berber fibules (amulets), eyes rimmed with heavy black kohl, and intricately hennaed hands, amble through the commerce of the souk talking, flirting with or being approached by the potential bachelors trying to strike up meaningful conversation. The wary eyes of elder relatives, looking on, following them protectively at a furtive distance."

John Horniblow is the founder and editor of Photojournale and publisher of Photojournale Connections Across A Human Planet. John is both photographer and film maker with his photographic work featuring in Geo Mundo, Penguin books and People ( Time Inc.) . He also has worked on production managing and assisting Frans Lanting on assignment with National Geographic and has also produced directed and shot documentary and short films featuring on SBSTV , Channel Seven and at International Film Festivals.
Posted by tewfic el-sawy at 04:00