"I found a Dutch billionaire, Marcel Boekhoorn, a philanthropist who is in a position to reinvest his wealth, and he took this project on. The initial amount he committed was 400,000 euros." - Jimmy Nelson

I featured the work of Jimmy Nelson on my blog a few months ago, and it appears that a number of wide circulation newspapers such as The New York Times and the UK's Daily Mail have recently devoted intensive articles about the photographer and his book Before They Pass Away.

My initial post elicited a number of email comments as well as on my Facebook page; some very positive and complimentary as mine were, but others thought he had exploited the tribes he visited and photographed, and was making money by selling his book.

By the way, the price for the special exclusive collectors' book is around $8000. A more modest version exists and is priced at $142. 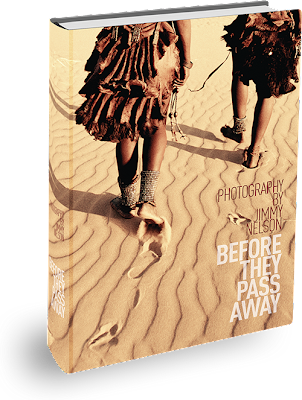 My personal viewpoint is that Mr Nelson has devoted a significant portion of his life traveling in difficult conditions, schlepping an archaic (and heavy) studio camera, to visit 35 of the world’s least known and most imperiled tribal peoples...and returned with magnificent photographs for us to enjoy and wonder at. can't judge how Mr Nelson worked in the field, and whether he was respectful or not...although from his images and the articles, it does appear he achieved a relationship with his subjects. In my view therefore, there's no question that he's deserving of the tangible and intangible rewards he may receive from his work.

I've read both newspapers' articles, and my jaw dropped when I read that a Dutch philanthropist had funded the Before They Pass Away project to the tune of over $500,000. I was also amazed at the number of press and blog reviews...even my own post on The Travel Photographer blog is listed. 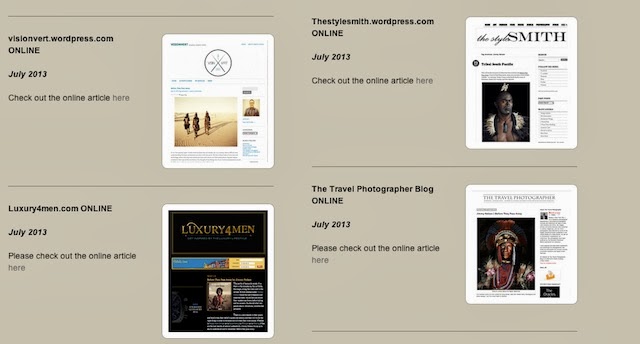 Most assuredly, this is the work of a powerful PR machinery. I don't think I've ever known such a large amount of press coverage for a book of that kind. Naturally, I've also never heard of a photographer being able to have such enormous funding from a private individual...philanthropist or not.

Contrary to naysayers, I'm thrilled that Jimmy Nelson's work has found such an enthusiastic support. It's probably too early to say if the book sales are taking off...but I hope they do.

Perhaps a little Pollyanna-ish, but Mr Nelson's view that his book is primarily a commercial project and not a political statement, and that he hopes it creates a greater awareness of the beauty and individuality of the tribes and foment a positive dialogue between them and the modern world is one that should be applauded.