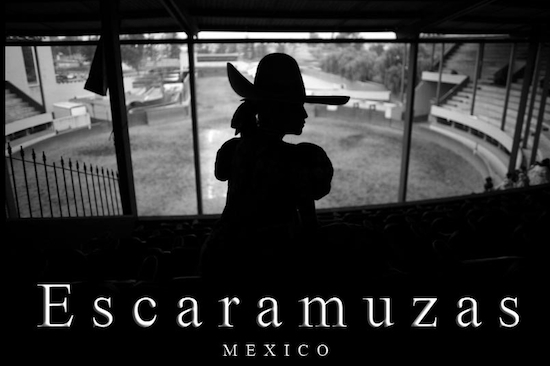 Charreria is Mexico's most traditional equestrian sport, and was dominated by males for many years. However, the presence of skilled female equestrians performing dangerous and synchronized exercises while riding sidesaddle led to the creation of escaramuzas (the Spanish word for scuffle) charras. These women train tirelessly for the chance to show off their equestrian choreography.

Escaramuzas is a "photo-movie" produced by Leslie Mazoch of her black & white stills and ambient audio, which includes a beautiful poem in Spanish (with English sub-titles). It could have been titled Mexican Amazons, since it documents Mexican women who take up this noble sport, and who ride their horses sidesaddle. From what I gathered from the slideshow, the escaramuzas was an accidental tradition that started in 1953, and was influenced by the gypsies of Spain.

Leslie Mazoch is a photographer and photo editor for the Associated Press in Mexico for Latin America and the Caribbean.