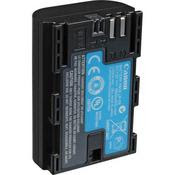 If I recall correctly, the Canon let it be known that its 5D Mark II would be available at major photo retailers by the end of November 2009, in time for the holiday season. Now we know that Canon dropped the ball on that one, with the 5D Mark II still unavailable at B&H (although it's currently taking pre-orders according to 1001 Noisy Cameras), Crutchfield is out of stock, while Amazon has one for sale but at a premium.

Most of us have an innate fear of scarcity. The prospect of product being unavailable when we want (or need) it is a powerful marketing tool which spurs consumers to research where the product is available, and purchase. I believe this is what Canon is doing.

I was extremely lucky in having found one when I visited B&H and just asked the salesclerk for one. So here's what I think: Canon makes this camera available to retailers slowly and selectively. The more there's a perceived scarcity for this product, the more buzz there is (like this post)..the more buzz the more publicity. Am I hearing justified complaints that this strategy is disrespectful to its customer base? The answer is yes. Am I hearing that Canon through this strategy is, as one of my friends recently wrote me, helping non-mainstream retails stores to really soak us? The answer is also yes.

Now to top off the rant, let me mention the battery: the LP-E6 Rechargeable Lithium-Ion for the Canon 5D Mark II is also on back-order (the favored euphemism for not available) at mainstream retail stores...however may be occasionally found at other stores for a hefty premium. Another soaking.

Two days ago I ordered two spare batteries from a non mainstream online store, and I'm still waiting a confirmation of my order...

UPDATE (February 3): Having seen that the batteries were listed as back-ordered on the online store Digital Foto Club, I called to inquire as to the status of my order. Steve, the employee who took my call, told me they had received Canon shipments the day before but he would check and let me know if it included the batteries. A short time later, Steve did call to say the batteries were not expected soon and that he'd go ahead and cancel my order through Buy.com (which was confirmed).