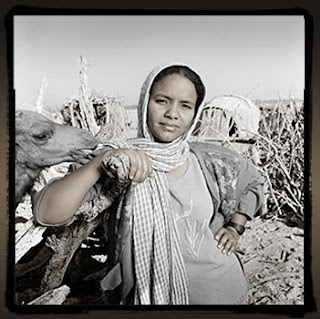 Image Copyright © Phil Borges-All Rights Reserved
Three years ago, Phil Borges partnered with the organization CARE to bring attention to the necessity of empowering women in the global campaign to alleviate poverty. He traveled to Africa, Asia and South America to gather the stories of extraordinary women in remote parts of the world who have empowered themselves and their communities.

Abay was born in the Afar region of eastern Ethiopia, into a culture in which young girls are circumcised. However, Abay refused despite being told that an uncircumcised woman would be ostracized and could never marry. She ran away, and returned to her village after 8 years later to work as a CARE station agent.

This is her story.