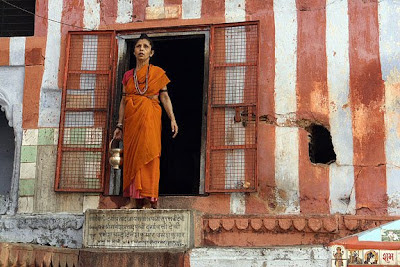 Photograph © Tewfic El-Sawy-All Rights Reserved
I thought I'd post my ten travel photography commandments, sharing what I've learned over the course of the past years as to what helps make better travel and environmental (or on-location) portraits...or at least, what works for me.

I. Research Your Destination (or Subject Matter): It's elementary isn't it? Much before announcing details of my photo-expeditions via my newsletters, I research the destination(s) as thoroughly as I can. Whether it's perusing travel websites, newspaper articles, galleries of photographers, forums or guide books, destination research is the start of my workflow for personal photo projects and photo-expeditions.

I ask other photographers who've been to the area, and pepper local contacts with all sorts of questions...weather, events, roads and distances, accommodations, any cultural hangups, etc. The more research I do the better. I don't mean you need to become an expert on where you're going, but one needs to have advance knowledge of what and where one will photograph.

II. Engage Your Subjects: I sound like a broken record with this one...and repeat participants in my photo-expeditions have heard it so many times that they roll their eyes when I start preaching this...does it stop me? Of course not.

When I started travel photography in earnest a few years ago, I used a 70-200mm 2.8 lens which allowed me to photograph people from afar. Then I wasn't comfortable approaching people with my camera, and although I ended up with a lot of interesting candids (there's nothing wrong in candid photography), I wanted more of our "relationship" reflected in their eyes, on their faces, in their body language...so I came in closer and closer, and that taught me to get involved with the people I wanted to photograph. Now, I hardly use that lens any longer.

Sneaking up on people is not something I advocate, unless you must...depending on the situation. I also don't advocate shoving one's lens in people's faces unless and until a relationship is established first. It makes me cringe to see some photographers approach their subjects and just shove their lenses up close. This generally makes people "freeze up", and the ensuing photographs show it. Travel photographer Rick Sammon says it best: "For me, the key to getting a good on-location portrait is to fall in love—photographically—with the subject."

III. Unfreeze People: This commandment really depends on your personality and that of your subject(s). If there's chemistry (or "falling in love" as Sammon describes it) between the parties involved, it's a match made in heaven, as they say. Otherwise, chances are that the portraits will be flat and uninteresting...although the image of a scowling Buddhist monk may have its merits.

I usually have various methods to "unfreeze" people for natural-looking environmental portraits. The easiest is to show my potential subjects a gallery or two of my photographs which I carry on my iPod Touch. This arouses some sense of vanity...or the "me too" syndrome. However, one of my time-tested techniques is to initially photograph children or babies. This has the effect of immediately morphing you from being a scary farang into almost a family member. Naturally, if you're able to make farting noises while photographing the children, it will endear you even further and your prospective subjects will view you as a regular guy (or gal). What I'm after during a photo shoot are two things: being accepted and/or being forgotten...I want to go beyond the reflexive smile.

Once the people I'm interested in are "unfrozen", they'll either go about their business and forget me, or they'll be comfortable posing, and I'll be able to shoot as I wish. Perhaps I shouldn't say this but I've seen women photographers flirt with their male subjects to get the photographs they want and conversely, I've seen male photographers do the same with female subjects. Provided it's not seen as a cultural taboo or gets you into trouble...why not?

IV. Avoid Cliches: This is a tough one. It's easier said than done, unfortunately. I suspect with some high degree of certainty that Angkor Wat, as an example, has been photographed by thousands of photographers and anyone would be hard pressed to find a different angle. Here's where patience plays an important role. Waiting for the moment (and the right time of day) when saffron-clad monks walk pass the Bayon statues would provide a singular image. Conversely, traveling to the Damnoen Saduak Floating Market of Bangkok in the hope of capturing a unique image of the vendors in their small boats is probably not such a great idea.

However, this where the importance of Commandment I comes to bear. Thorough research may unearth less frequented locations from which to photograph an oft-seen landmark, for instance. Serendipity also plays a role...I recall being in the old medina of Fez and told to ascend to the third floor of a crumbling building to photograph the neighboring smelly tanneries.

V. Have Your Camera On: How many times have I had the irritating experience of seeing a "decisive moment" kind of scene but my camera was off, with its lens cap on? Plenty. On a photo shoot, my favorite way of carrying my camera is strapped on the shoulder without a lens cap. Its settings would be pre-set to whatever the prevailing conditions are or, if I'm jet-lagged and tired, on automatic. Yes, automatic! I'd rather get the shot...wouldn't you? In fact, it's one of my early suggestions to members of my photo-expeditions at the outset of each trip. After an 18 hours flight to Asia, we're jet-lagged and exhausted....how many of us have erred in setting our cameras, and cursed ourselves for not being more attentive? In a day or two, we can revert to our favored settings once we've rested and we're more focused.

VI. Use Soap & Shampoo: This commandment will probably raise the hackles of many, but I occasionally use make use of these hotel freebies to thank people I photograph. In most countries, some hotels provide small bars of soap and vials of shampoo (and other stuff) in its guests' rooms, which come in handy as giveaways. I do not agree with the notion that this is akin to bribes or that it teaches children to beg. If I remember to take them with me, I give them to local children after I'm done photographing...this hopefully signals that it's given in thanks rather than a bribe.

VII. Be Culturally Sensitive: We all know and realize that it's critical that we exercise good judgment as to who, what and where we photograph...and I don't mean just refraining from photographing women in orthodox Islamic countries. Being culturally sensitive also includes not photographing scenes that in one's own country would be taboo...not only because that would cause offense to the locals, but also because it may put the photographer in danger. So don't do it unless you have specific permission from a family member or an official.

In Bali, cremations are traditional events where local families normally welcome foreigners, but I've witnessed many camera-wielding tourists who shove family members to get a shot of the deceased in the casket. This is disgraceful behavior, and may eventually lead the Balinese to curtail their traditional welcome. In Varanasi, a well known scam is to encourage gullible tourists to take pictures of cremations from a building overlooking Manikarnika Ghat. Once shutters click a few times, a couple of thugs materialize out of thin air, pretending to be grieving family members and ask for "donations". The alternative is unpleasant.

VIII. Know Your Camera But Get The Manual: Murphy's Law (or since I'm still in London, Sod's Law) states that "if anything can go wrong, it will." Believe me...your camera will probably act up when you're in Central Bhutan while photographing a once-in-a-lifetime (for you) Buddhist festival. So either have a backup camera, or know your camera very well (or have its manual handy) so as to coax it back to working order. Naturally, I'm speaking of technical glitches, not of breakdowns.

IX. Be Super Generous To Your Fixer: In my view, the most valuable person during the photo-shoot or photo-expedition is not the photographer...it's the fixer who makes it all possible. It's a no-brainer, isn't it? When fixers are treated with respect and generosity, it'll make all the difference in your photographs. Share your food with the fixer...and the driver and the assistants...invite them to sit at your table at mealtimes...include them in your joy when you get "the shot"...and thank them when they do a good job...and tell them when they don't and why. When tipping, remember that they're usually poorly paid, and rely largely on tips to support an extended family, which may include parents and grandparents.

Here's an anecdote: I was photographing a "possessed" woman at the shrine of Bahadur Shaheed in India, and didn't notice that she was about to throw a rock at me, but my fixer did, and whisked me away just in time to avoid injury. Generous tip? You bet.

X. Do What Salgado Does : Here's what I think ought to be Commandment I...Sebastiao Salgado was quoted as saying:

If you take a picture of a human that does not make him noble, there is no reason to take this picture. That is my way of seeing things.

And For A Bonus Commandment:

Scarf Up! : I kept the best and most important commandment for last. Wear a scarf...a keffiyeh, a krama...whatever style appeals to you. no self-respecting photographer would not have one.
at August 03, 2008

My Work: The Wasted Years

Here's my latest photo-film (aka audio slideshow) featuring Lise Liu as the unnamed woman waiting for her lover in a Chinese restaurant... 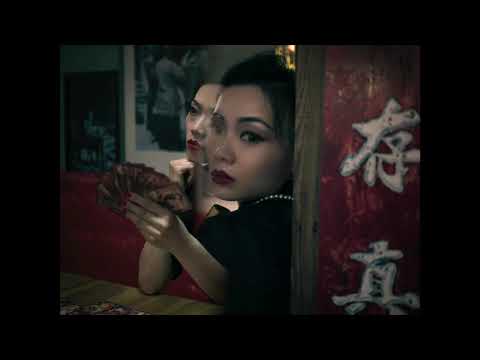